So, for those who have either been following the James Kim saga or have been forced to because it was every other item on digg, you likely know he has been found dead. We won’t know a final cause of death until an autopsy is performed, but I have no doubt that it will show he died of hypothermia and exposure to freezing temperatures.

This is going to sound insensitive, but I’m going to say it because it needs to be said: if there is a poster child for having done every possible thing wrong in trying to survive in an emergency situation, James Kim is it. I’m sorry that he died, but he went into a situation unprepared and once there made the absolute wrong choices. I just hope everyone else learns from his mistakes.

When I was a park ranger in Yellowstone last time I worked for the park service in 2002, we had a man and his son go out canoeing on Shoshone Lake in the south of the park. This is early June, when the always cold Yellowstone water is still barely above freezing (the ice doesn’t completely clear from Lewis for another month).

When they failed to check back in, SAR was summoned, and I was working the radios that day. The next morning near 8S5, we found the overturned canoe up against the bank. A few yards away were the bodies of the father and his son floating face down in the water.

Folks, nature is no joke. This is not Disney World with anamatronic talking trees and deer. Nature is serious and nature will kill you if you don’t take the proper precautions. How many times can I say this?

If you were in James Kim’s situation, there are some common-sense (at least I think they are) things you should have done that would have drastically increased your chances of survival.

The key thing to remember when is that, unless your life is in imminent danger, do not leave your car. Jame Kim did not do any of the things listed above: he didn’t tell anyone his route, didn’t yield to the weather, didn’t stay with is car, and wasn’t prepared for what he faced. He underestimated the danger he faced.

His wife and kids didn’t leave the car and were found unharmed after only a few days. 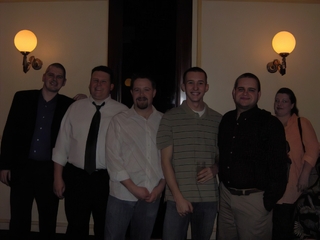