Among the many sites I follow for programming discussion is /r/PHP on reddit. While most of the discussion is more user-based than I would like - things like frameworks, use of PHP-based software packages and the like are usually discussed more often than actual programming - there are occasionally a few gems worth chiming in on. But it never fails that, at least once a week, I see the headline “How do I become a PHP developer,” or “What do I need to know to be a PHP developer?”

Languages come and go. Ten years ago I would bet the majority of web programming was still done in Perl. Fifteen years ago the web was still widely misunderstood and Java was promising that we would only have to write code once to run on any computer. Twenty years ago you found C, FORTRAN and COBOL on mainframes.

Every few years a new language comes around and everybody moves to it. Sometimes they stay around, and sometimes they don’t. C has been around for many years and is just as valid now as it was twenty years ago. Even if you’re programming in C++ or Objective-C (both of whose roots go back further than you probably realize), you still need to understand the fundamentals of the C language. Will we still be using Clojure in 20 years? How about Coffeescript? Who knows. Maybe. Maybe not.

My point is, don’t chain yourself to a single language. If you do that, you will be forever behind the curve.

While PHP is my primary language (and what pays the bills), I am not a PHP developer. I am a software developer who works in PHP among many other languages. It should always be the goal of every developer to remain at the forefront of our craft. That means not chaining ourselves to PHP, Ruby, JavaScript, Java, Scala, Python, or any other language.

COVID-19 has taken the world by storm and left a lot of brokenness in its wake. A lot of people are suffering. If you feel so inclined, please make a donation to your local food bank or medical charity. Order take-out from your local Chinese restaurant. Help buy groceries for an unemployed friend. Help people make it through to the other side.

But if you found this article helpful and you really feel like donating to me specifically, you can do so below. 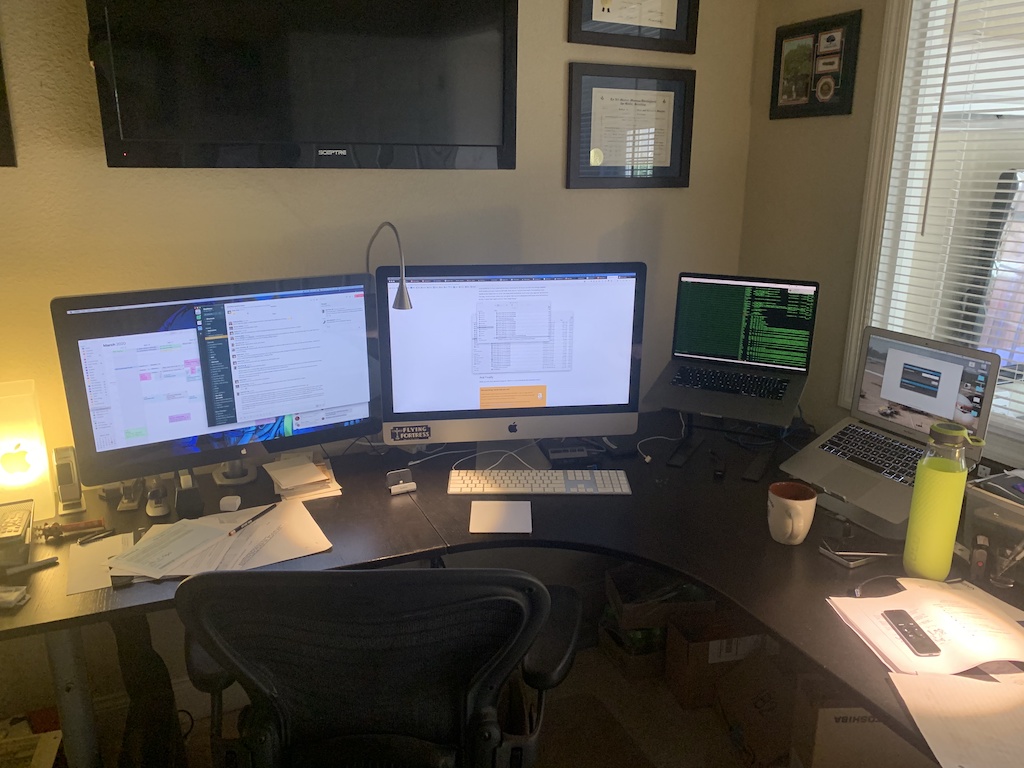 I’ve been working from home occasionally for probably close to ten years now, and full-time for the last few months. Thanks to the COVID-19 pandemic, many more people are now getting to enjoy (I guess?) the privilege of working from their homes during the crisis. If there is one thing that I hope comes out of this whole miserable period it is the understanding that there are a lot of people out there have jobs that really don’t need physical presence in an office building. And if they don’t need to be in an office, maybe they don’t need to live in an expensive city either. This could be the beginning of a whole new boom for small and mid-sized cities with affordable costs of living. Maybe you can afford a house after all! And maybe companies don’t need to lease out an expensive building in an expensive city, fill it to the brim with people in open floor plans or (even worse) hot-desking to do the work they need to do. It’s an even bigger win for disabled and non-neurotypical people who often struggle to work in the modern knowledge workforce despite their skills. For people with autism, ADHD, and other related conditions, modern open offices or cubicles are a difficult work environment whereas the home environment may offer much more safety and control. If this is your first time doing this, it may seem a bit odd, even naughty, to be working without commuting to an office building. With that in mind, I’ve put together a list of things I have observed over the years of working from home to help you get a feel for what this is like.
June 26, 2015