Turning a dumb heater into a smart one. 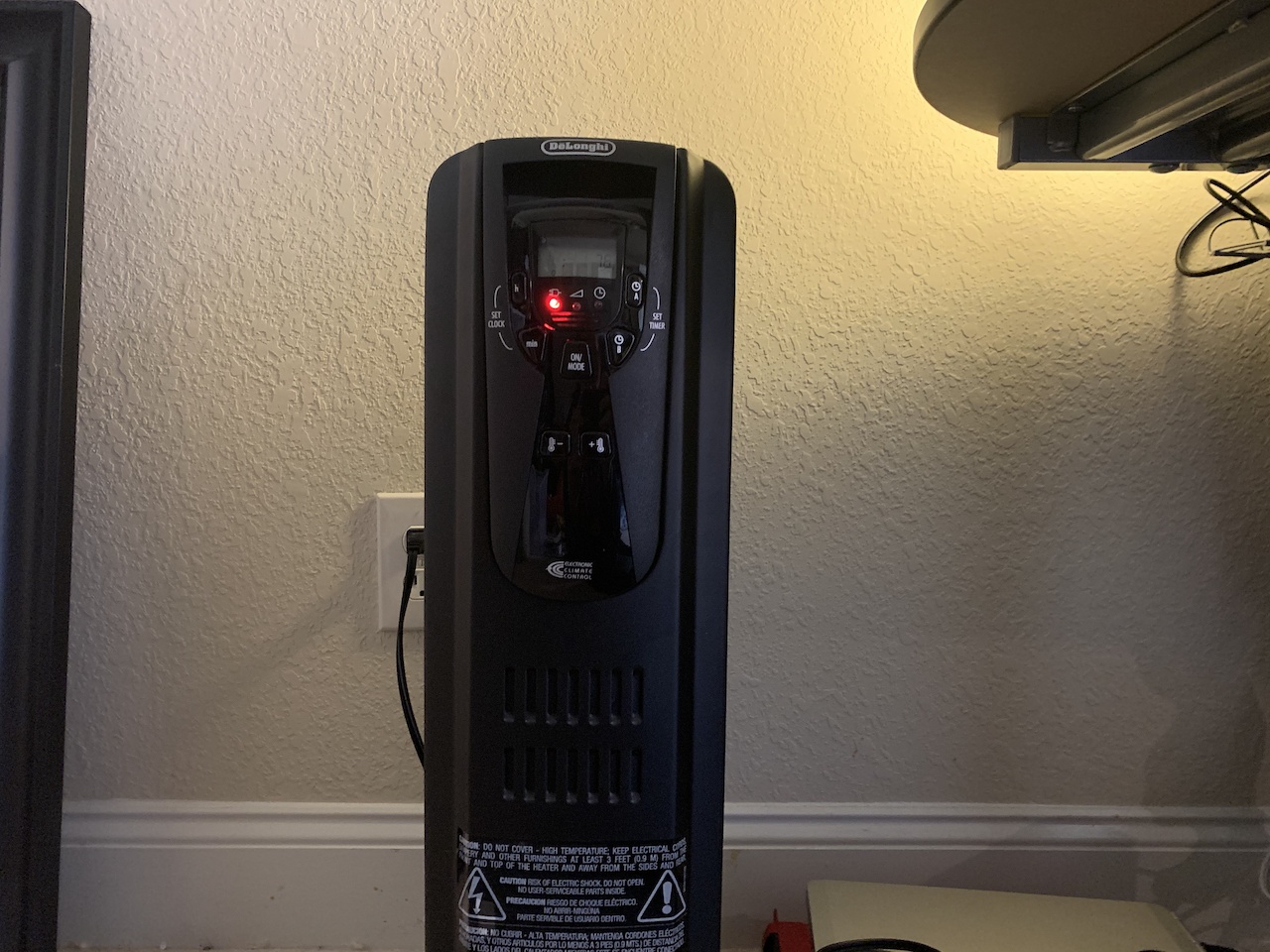 So here we are in October. COVID-19 is still with us and I am still working from home. Meanwhile, summer has quickly changed to autumn. The leaves are falling as are the temperatures. My house was the model home for our neighborhood, and what would have been the garage was finished in and used as a sales office. So when we bought the house, I was like, perfect, a perfect spot for an office!

But the problem is that, because it was a garage, it’s not connected to the house’s HVAC system. In the summer there is a mini-split that keeps the whole area cool. But it’s kind of loud. However, I do have some of these DeLonghi Oil Radiators to use in the winter which provide abundant, silent heat without using very much power. But the downside is that they take awhile to warm up.

Wouldn’t it be cool if I could have them turn on an hour early and “pre-warm” the office? Well, to get the obvious part out of the way, yes, there is timer functionality, but that is not nearly as cool as tying it into the rest of my smart home. But it has a remote. What if I could find a way to use Home Assistant to send IR commands to the heater?

Turns out you can!

To get started, you’ll need at least some basic familiarity with electronics. But don’t worry, you don’t need to be an EE to do this, you just need some basic understanding of things like circuits, transistors, and LEDs. You’ll also need some parts. I have included my parts list here:

If you are using a different heater than the DeLonghi, I recommend also getting:

You’ll be able to use the IR receiver to decode what your current remote is doing, so you know what codes to send.

The circuit we are going to create will look something like this: 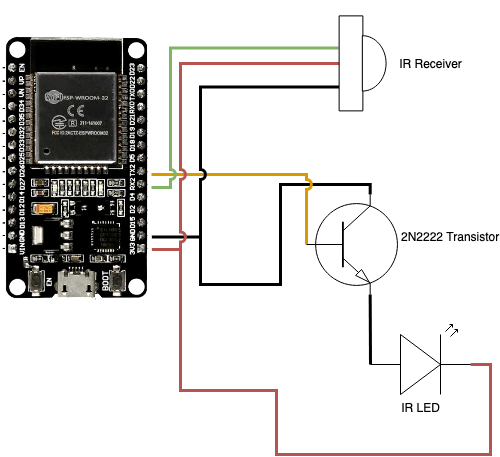 Schematic for our IR transmitter and receiver. 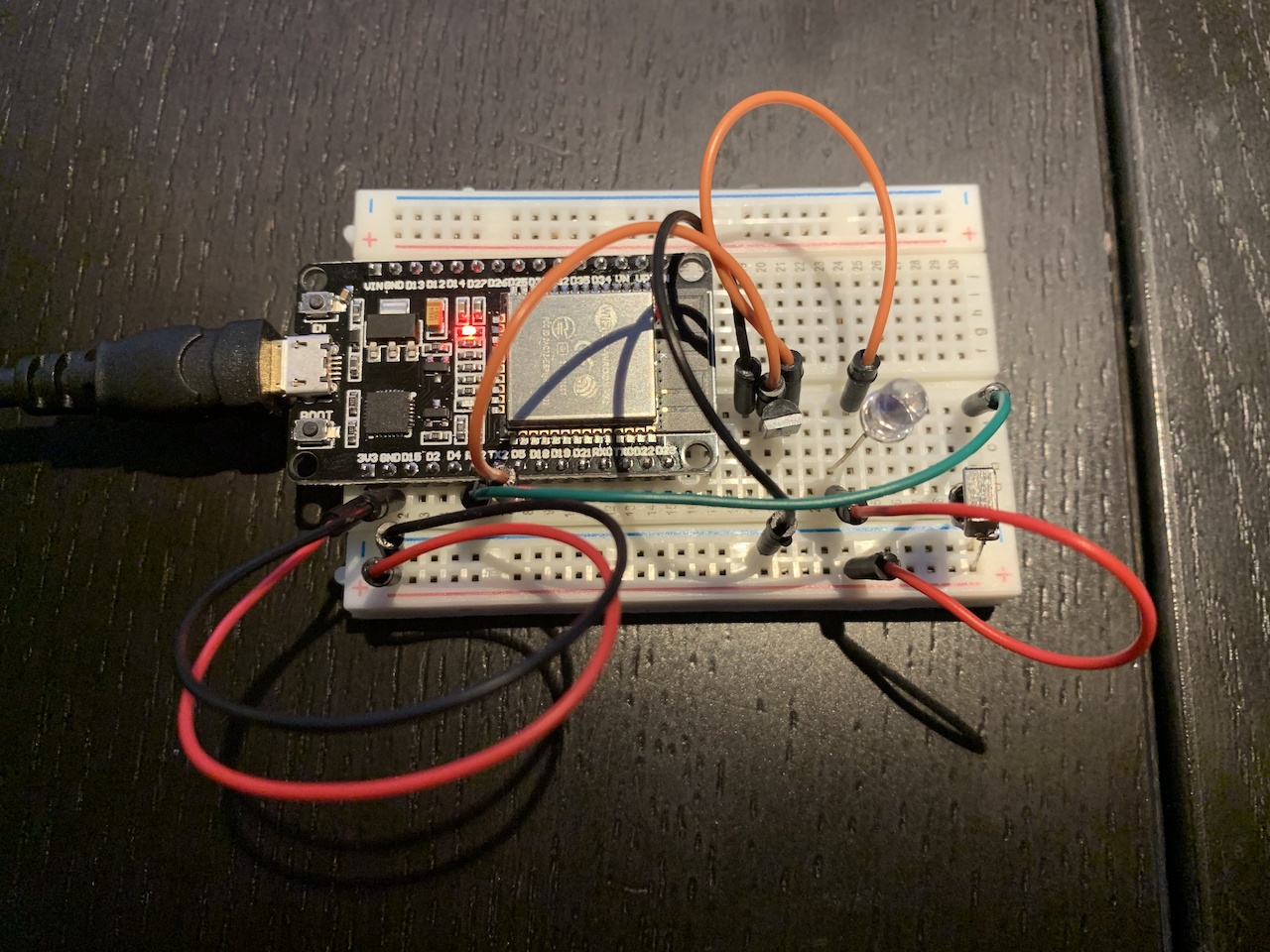 Assembled prototype on a breadboard.

Some quick notes about this:

Next step is to install esphome:

And create a demo project.

This will walk you through some basic steps getting ESPHome created and will create a YAML file that will look something like this:

You can test this config by pushing it to your board that is connected by USB. Be aware that on the MELIFE boards that I used I have to put them in firmware upload mode by:

You push it to your board by doing this:

And you should see your board boot and connect to wifi. Even though it doesn’t actually do anything right now, it’s up and running.

Reading the IR Signals From The Existing Remote

Next thing we need to do is to figure out what our current remote is sending. And thankfully, esphome has some built-in functionality to do this. Add this to your YAML file and re-deploy:

Deploy it to the board:

And now, point your remote at the receiver and press a button. If everything is wired correctly, you should see it output the codes it received:

This is what I recorded when I pushed the power button. So after all the buttons were pressed, these were the codes I discovered. I am using the LG codes here, by the way, and nbits was 32 for all of them:

Theoretically, you can use any of these various formats when sending. Practically I only had luck using the LG ones (which kinda makes sense, LG does make HVAC systems.) So if you don’t have luck with the first set, try another code set.

Add the following to your configuration file:

Deploy it to the board:

Next, go over to your Home Assistant installation. You should hopefully already see a notification of a new integration available so click through to that and install the ESPHome integration. If not, go to the integrations menu in configuration and manually install it. It should create a switch entity for you. 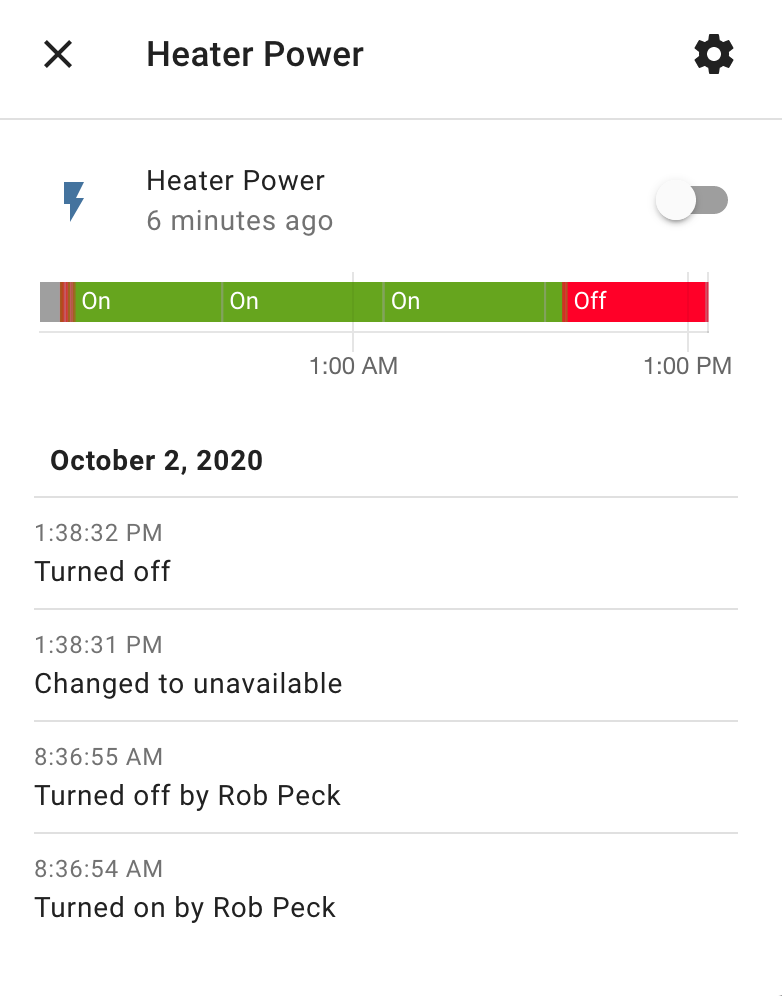 Now, put the assembled prototype near the heater. In my testing it needed to be within about 5 feet distance and no more than a foot or so of vertical distance from the control panel on the heater. For testing I just sat mine on a chair right next to the heater.

Go over to Home Assistant and click the toggle to turn it on. Hopefully, if everything is configured correctly, the heater should turn on and you should see this in the logs:

You can optionally now remove the IR receiver and it’s wiring if you would like, as there is no reason to keep it around since you know all the codes you need. It would simplify your board a bit.

There are two big downsides to doing this that I have yet to solve:

From here, you have a number of different options. I would like to 3D print an enclosure for this, but I don’t have access to a 3D printer (yet) so I just slapped it on the side of the heater front panel with some double-sided tape. I did have to bend the IR LED a bit to point upwards at the receiver. Otherwise it worked intermittently at best.

You could buy a solderable PCB demo board and solder the connections in place. The reason I have chosen not to do this so far is because I have Essential Tremor which makes doing things involving fine motor movement (like soldering) extremely difficult. You could also buy some copper-clad PCB laminate and etch your own PCB. I may attempt this at some point but, because it would still ultimately involve soldering, it is kind of low on my priority list since what I have works. You could probably even have a custom PCB fabricated.

Now that I have this working, I have it configured in Home Assistant to turn on the heater on workdays at 7am, when I am at home, and the temperature is below 55 outside. So now when I walk into my home office around 8:30 or 9am, my office is already toasty warm.

Interested in learning more about this article? I recently gave a talk about my experience converting to and using Home Assistant. Feel free to check it out and watch the video: 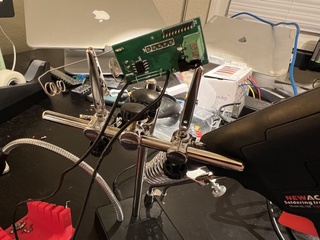 My mailbox - yes, my physical mailbox where I receive actual mail - is one of the things that has stubbornly resisted my attempts to automate it. I’ve tried a few different solutions. Third party proprietary chimes. A Z-Wave tilt sensor on the door. But nothing has worked long-term.
Read More
Home Assistant May 18, 2020 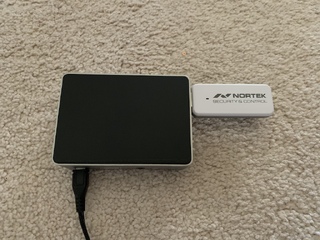