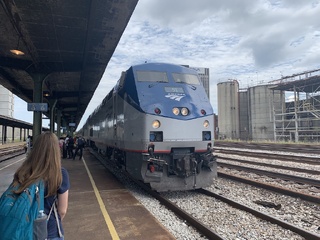 I love flying. Always have. Ever since my first flight as a kid, there was just something magical about getting into a giant metal bird and taking to the sky. I say was because it seems like, especially over the last decade or so, we have gone out of our way to make flying as miserable an experience as possible. The “golden age” of air travel is long behind us and flying is now just a completely miserable experience. And it pains me to say that because I used to love flying. I loved airports, watching planes, feeling the potential of all the places you could go. But now, it is just an objectively awful experience.
Read More
Apple January 19, 2019

I’ve been an Apple fan for a long time. My first laptop was a Powerbook 5300cs, purchased secondhand at the Auburn University Surplus Auction. I’ve been using Apple equipment exclusively since 2007. My desktops and laptops are all Apple, I use AppleTVs exclusively for streaming, I carry iPhones and iPads. If it has a shiny Apple logo on it, I’ve probably bought one. So it pains me to write this post, but… The 2018 MacBook Pro sucks. There. I said it.
Read More
Security December 5, 2017

That Time I Became A 76-Year-Old New Yorker

Or, what happens when you send an email to the wrong place. Note, for the time being, I have redacted the names of the company and doctor involved as I am attempting to follow through with a responsible disclosure process for this security issue. I had something very strange happen to me today. It all began with a random email to an address that I don’t use much anymore, but still have in Mail. It’s an email account I’ve had for over 13 years, so it still gets the occasional stray email. The subject read as follows: Welcome To <redacted> Patient Portal Followed in quick succession by another one: Welcome To <redacted> Patient Portal Wait, what?
Read More
Linux December 3, 2017

The Brilliance of Linux

I’ve been a Linux user for many, many years. Going all the way back to Red Hat 5.2, which I picked up to install on an ancient Packard Bell 486 in the late 90s. Since then there’s always been at least one Linux machine in my dorm, apartment or house somewhere. At various times I’ve even run it for my desktop OS, although these days I use macOS for that. For much of that time, Linux was the choice of hackers, but was definitely not a choice for everyday users and required a significant amount of technical knowledge to run. That’s not true so much anymore, but growing in that environment I learned a lot about how computers and operating systems work.
Read More
Space August 24, 2017 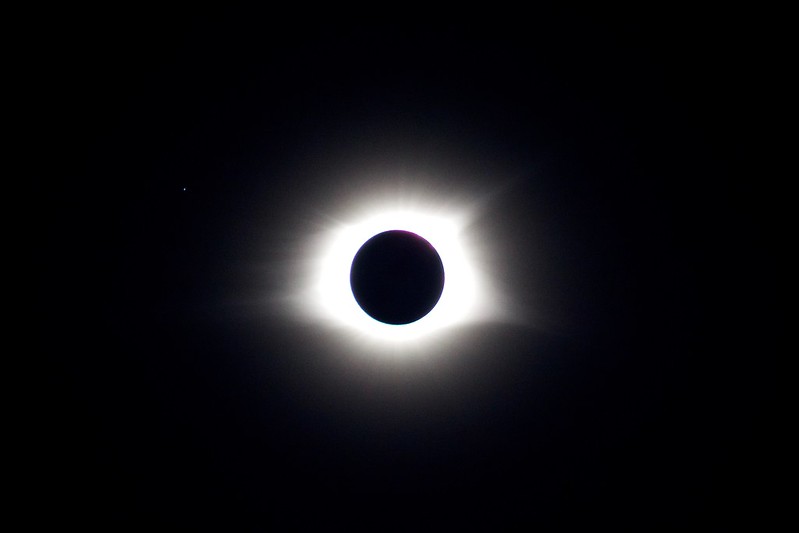 Sometime in the mid 90s, I downloaded an astronomy program for my computer. I don’t even remember what it was called. In poking around on it, I discovered that it could plot future total solar eclipses and that one would pass, from the resolution of the map, very close to where I then lived in eastern Tennessee. The date was August 21st, 2017.
Read More
Ramblings July 2, 2015

Those of my longtime readers will know that I very rarely if ever mention anything on this blog other than my ramblings on tech. But today is a very different day and I feel compelled to write about this. So I’ll ask for a mulligan. And, as always, my views here do not represent anything or anyone other than me.
Read More
News March 10, 2015

So I’ve tweaked the design of the blog a bit. There’s now a header, and all the links that were in the sidebar are now in the header. There were simply too many things being added and it was getting unwieldy having them all in the sidebar. It’s now fully responsive on all levels of mobile, tablet included! I’ve added a new page with a bunch of content I’ve been collecting on the subject of Interstellar Travel.
Read More
Ramblings February 10, 2015

“When television is good, nothing — not the theater, not the magazines or newspapers — nothing is better. “But when television is bad, nothing is worse. I invite each of you to sit down in front of your own television set when your station goes on the air and stay there, for a day, without a book, without a magazine, without a newspaper, without a profit and loss sheet or a rating book to distract you. Keep your eyes glued to that set until the station signs off. I can assure you that what you will observe is a vast wasteland.” In 1961, FCC chairman Newton Minnow gave a famous speech bemoaning the state of television. While at the time he was criticizing “game shows” and “formula comedies about totally unbelievable families,” among other things, I would argue that his statements are even more true now than they were in 1961. I remember when cable TV first came to my family. We were living in Florida in the 1980s, and suddenly we had more choice than just four channels. Although it couldn’t have been more than 30 or so channels, there was now choice and and endless stream of things we could watch. Throughout the 90s, we always had cable through all our moves. When I left for college, we had cable in the dorms. When I moved out, I got cable. When I moved to Huntsville, I got cable. When I bought my first house, I got cable. When we moved in 2012, we moved our cable too. The vast majority of my life, I have had cable. And today, for the first time since I was a kid in 1980s Florida, I walked away from cable TV. We cut the cord, and went back to just a standard antenna and an Internet connection. This has been something that has been a long time coming. It’s something we first seriously started considering in 2012 when our daughter was born and we stopped watching a lot of TV. But even then, my dissatisfaction with the ever increasing price and decreasing quality of cable TV had been building since the mid 2000s. So this is why I decided to cut the cord and cancel my cable subscription.
Read More
Legal June 25, 2014

So today the Supreme Court ruled Aereo, the Internet TV streaming service, to be in violation of copyright law. And, at least to me, this was not unexpected.
Read More
Back
Next