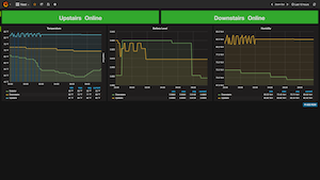 Okay, no profit in this, but it certainly is fun! I have two Nest thermostats in my house and, after some teething pains (yay the life of an early adopter) they have been pretty solid. But they’re also black boxes that I know little about. I know they’re collecting mountains of data and sending it back to the Google mothership. Wouldn’t it be nice to get at some of that data and build my own reports?
Read More