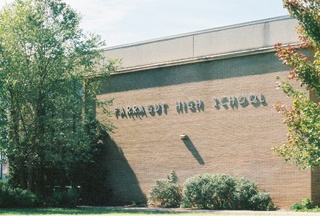 Some things are as reliable as clockwork. The moon and tides. Death and taxes. Politicians lying. And out-of-touch Silicon Valley tech millionaires and billionaires descending from their gold-plated PCB thrones to bestow upon us us, the unwashed masses, their most brilliant wisdom and thoughts. Today’s myopic missive is brought to you by Sam Altman, of Y-Combinator fame. On Sunday, he opened up Twitter and blessed us with this thought in the middle of an otherwise interesting thread:
Read More
Ramblings May 7, 2021 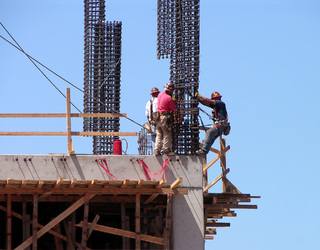 Yesterday, Marc Andreessen, one of the more influential Silicon Valley investors, dropped an essay on the Andreessen-Horowitz blog called It’s Time To Build. I read it with a sense of bemusement because, like most things that come out of wealthy elites, and especially wealthy coastal elites (and especially wealthy Silicon Valley elites), it is filled with the myopia that can only come from spending far too much time in a bubble disconnected from what’s going on in the rest of the world. In short, the main thesis of his essay is that we’ve stopped building “things,” which, in this context is housing and medical devices but can more broadly be interpreted as a loss of civilizational inertia, because we stopped “wanting them.”
Read More
Coronavirus March 30, 2020

There was a great article that was recently posted by the Harvard Business Review that I think bears some very important consideration by everyone. Stress is easy to identify, and we are all certainly stressed. The predictability of our daily lives has been interrupted. Many of us have lost jobs, faced furloughs or pay cuts. Our kids are home from school. We’re worried about our families catching this disease, and ourselves as well. We’re all stuck together in this purgatory of waiting for this crisis to play itself out with no idea of what kind of world waits for us on the other side. We know that this will end - all pandemics eventually do - but we’re going to emerge from our shelters into a changed world. My wife and I have spent the last couple of weekends cleaning out closets. It kind of feels like rearranging the deck chairs on the Titanic at times, but it also keeps my mind occupied for the most part and keeps it from going into pretty dark places. And hey, my closet is now the cleanest it’s been since we moved. But every so often my mind ends up going there anyways. Such as from seeing a pile of T-shirts.
Read More
Coronavirus March 21, 2020

If you ask people over a certain age, they can always tell you where they were when they found out about 9/11. I was a sophomore at Auburn, and my first class that day was at like 1pm, so I enjoyed the great collegiate tradition of sleeping in. Usually when I wake up the first thing I do is check my email. It’s still the first thing I do. That morning my inbox was full with messages on the fraternity mailing list, with things like “pray, a lot of people are dying today.” I turned on the TV just minutes before the first tower collapsed. Stayed glued to the TV the rest of the day. News coverage was on every channel, even Discovery Channel. Class was cancelled. I went and filled up my car in case I needed to drive the 250 miles back home to Tennessee. That evening I was in the SGA office in Foy Student Union folding thousands of little yellow ribbons for a very hastily organized memorial service on Samford lawn a few days later. We listened to President Bush’s speech on a small boombox in the office. I feel like I have been living that day over and over again for the last two weeks.
Read More
Ramblings June 26, 2015

Those of my longtime readers will know that I very rarely if ever mention anything on this blog other than my ramblings on tech. But today is a very different day and I feel compelled to write about this. So I’ll ask for a mulligan. And, as always, my views here do not represent anything or anyone other than me.
Read More
Legal June 25, 2014

So today the Supreme Court ruled Aereo, the Internet TV streaming service, to be in violation of copyright law. And, at least to me, this was not unexpected.
Read More
Ramblings December 9, 2013

The Internet is abuzz with the news that President Obama is calling on every American to learn how to code. And while I think it’s a good idea for everyone to have a basic grasp of computer technology and a basic understanding of the role computer programmers play in the world, I have some very specific thoughts about whether or not everyone knowing how to code is really a good idea.
Read More
News December 28, 2011

Using GoDaddy as my registrar is one of those things I’ve always felt vaguely ashamed of. Something I knew all the “cool kids” didn’t do, but I was already so neck-deep in them that I didn’t want to transfer. Not to mention I had my DNS hosted with them as well so the thought of going through all that trouble to move just seemed like too much of a hassle to deal with without good reason. In my last entry, I talked about setting up your own DNS server. This was the first part of my attack on moving my domains away from GoDaddy. But I didn’t have a real timeline to move away from them. Then came the news of GoDaddy’s support for SOPA - one of the worst attacks on the Internet since 1996’s Communications Decency Act. Now, to be sure, GoDaddy’s position on SOPA was not the first thing they’ve done to anger me. Their overtly misogynistic advertising has always bothered me, and their CEO Bob Parsons’ elephant killing and shameless exploitation of the natives angered me so badly that I almost left in April. But their aggressive support of SOPA was the final straw for me. I’d been a customer since 2003, but I simply could not take it anymore. So over the course of about 4 days, I transferred all my domains to Namecheap. Having never transferred a domain before, the process was surprisingly quick and easy. Once again, it makes me wonder why I haven’t done it sooner.
Read More
Next